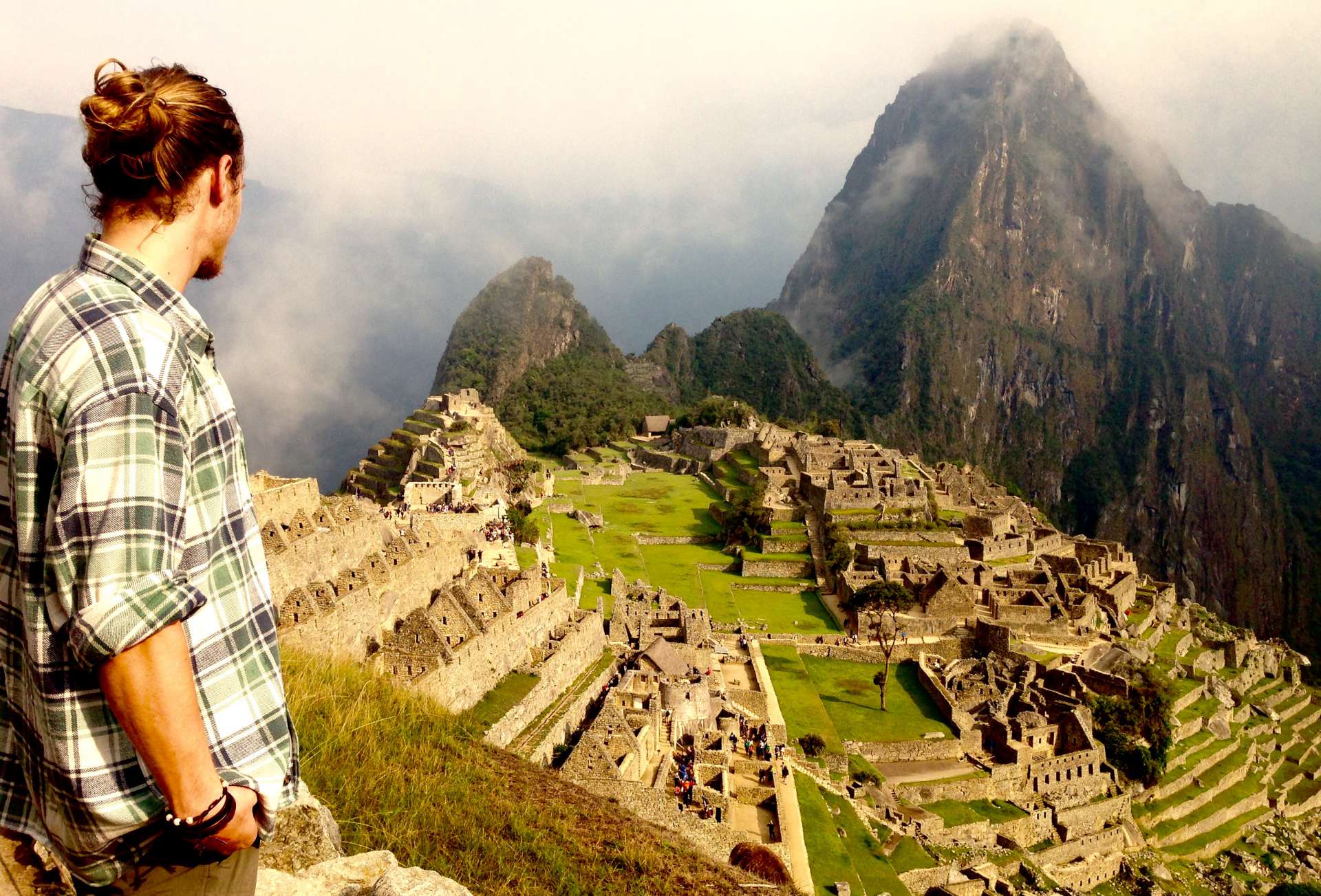 Ecuador to Perú by boat

Our time in Ecuador was about to end and we heard about the city in Peru called Iquitos, which is just reachable by plane or by boat. That sounded very interesting and adventurous for us. So we decided to cross the borders by boat from Coca to Iquitos through the amazon region over the Río Napo.

The first thing to do for us in Coca was to buy a hammock. People told us that we will need it to sleep on the boat. We bought hammocks and well... We didn't need them. We took in total 4 boats to get to Iquitos and it took us 3 days. During the nights we stopped in small villages and slept in hostels. Well, a hammock is always useful in South America.

On the boat we got to know Masa, a guy from Japan with whom we stayed together till Iquitos. Very nice guy!

Crossing the borders wasn't like you would imagine. There was literally no border. The first Peruvian village in which we arrived is called Pantoja. We just got out of the boat and then looked in the village for the "immigration office". But nobody was there. Somebody told us, the immigration officer was having lunch. So we decided to eat as well first and come back later. While we were still waiting in the only "restaurant", suddenly we heard: "Okay chicos, soy listo!" (engl.: Okay guys, I am ready). It was the immigration officer, who knew for sure that we needed to immigrate and were waiting for him. Tourists don't do other stuff there. Stamp here, stamp there, immigrated! Welcome to Perú! Finally no American dollars anymore! Now it's Nuevo Peruvian Soles!

We spent the rest of the day reading, swimming in the Río Napo and talking to our new friend Masa, getting to know stuff from Japan and having for sure the standard travel conversations: Where are you from? How long are you traveling for? Where have you been? Where are you going?

Pantoja was full of butterflies and at one point of the shore, hundreds of them sat together enjoying the sun or whatever they did there. By disturbing them you were surrounded by a swarm of butterflies. Rare thing if you ask me!

After Pantoja we had to take two more boats and one Mototaxi to get to Iquitos. We had fast boats, slow boats, a boat that was about to fall apart and a canoe. The best thing was the canoe. It was the most exciting way to go over the river. Too small for 4 people and all our luggage, the water level being almost at the edge of the canoe, made it a little adventure. But is was nice to go slow and travel the non-touristic way.

We are very happy that we did this way of reaching Perú and crossing its borders. This adventure was every dollar worth it and it was one of best experiences so far on our trip!