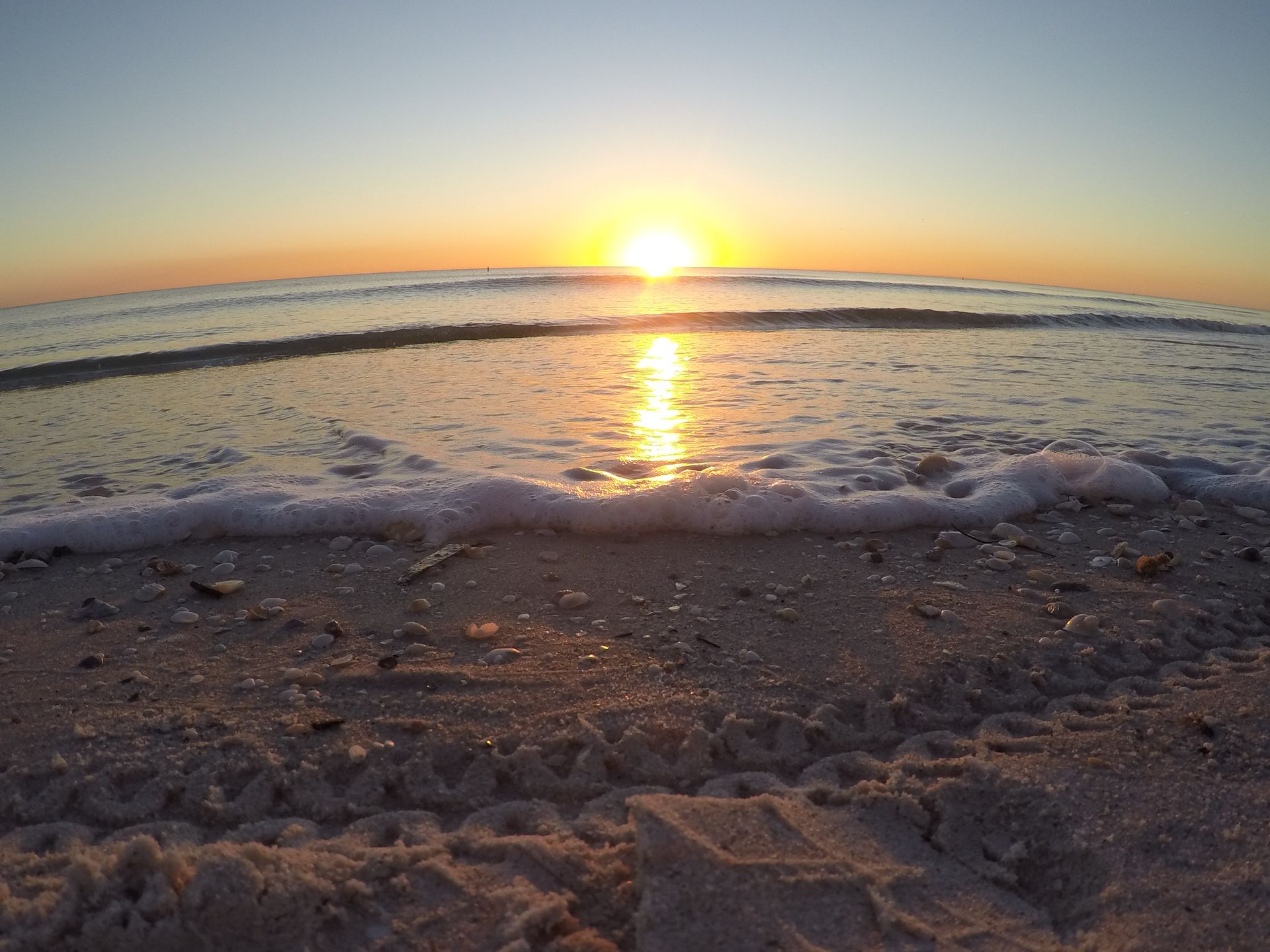 Welcome to the new blog episode from sportodimondo at this beautiful day in january. Once again we write in english, first of all because we can, and second because we are travelling through Florida (USA), which is known as an english speaking state (and country). But perhaps we get to know some stories of the so called "sunshine state" a bit better today...

We wake up at about half past eight and soon we are on our feet. We have a couple of things to do this morning before checking out of the motel. For example having a shower - it is warmer and moistier than usual. We don't use the airconditioner in our room, because it is too noisy and we only would get a cold. Additionally we need to repack our bags for the upcoming roadtrip with our car "Alfred". And finally we need to prepare our 4$ Icebox for the travel ;-) And of course we want to eat some breakfast.

At 11 o'clock we are ready to examine the famous "Key West" islands. But does somebody of you know, why this part of South Florida or preciser these islands are called the Keys? No? We don't know as well - until now.

Something what we didn't expect in advance of the travel through Florida is the fact, that extremly many spanish speaking people are living and working in Florida like spanish, mexicans or other central or south americans. In almost all food shops and as well at our car rental agency there are only spanish speaking people at work. By the way all sings at the airport or on the street are written in english and yes, in spanish! Now, in spanish "cayo" means little, flat island. The american transformed it then to the similar pronounced word "key" in english. So "Key Largo, Big Pine Key, Summerland Key ... and the best known island Key West" (the most western island of the Keys) are named after the spanish. Now you know too.

Back to our daily program. Well, today we drive along the state highway 1 in direction of Key West. While driving we make some stops to do photos or visite a beach park. Unfortunately we don't have the opportunity to swim - sometimes because of the stony beach, jellyfish warnings or too much seaweed. Instead we find a cool miniature golf course. The 18 holes are really fun and creative! Not to mention that Yves won the competition.

After this we drive to our room for the next two nights. We were lucky last evening, that we found a stay on airbnb. Cici (in German "Sissi") tells us in the evening (as she is looking for a couple, who have not paid for their room yet), that normally she is fully booked for month. Lucky men ;-) Afterwards we are cooking and enjoying dinner.

And now it is already time to grab some sleep. By the way, "isla en el oeste" is just spanish for island in the west :-)

Photo of the day: everything for your body