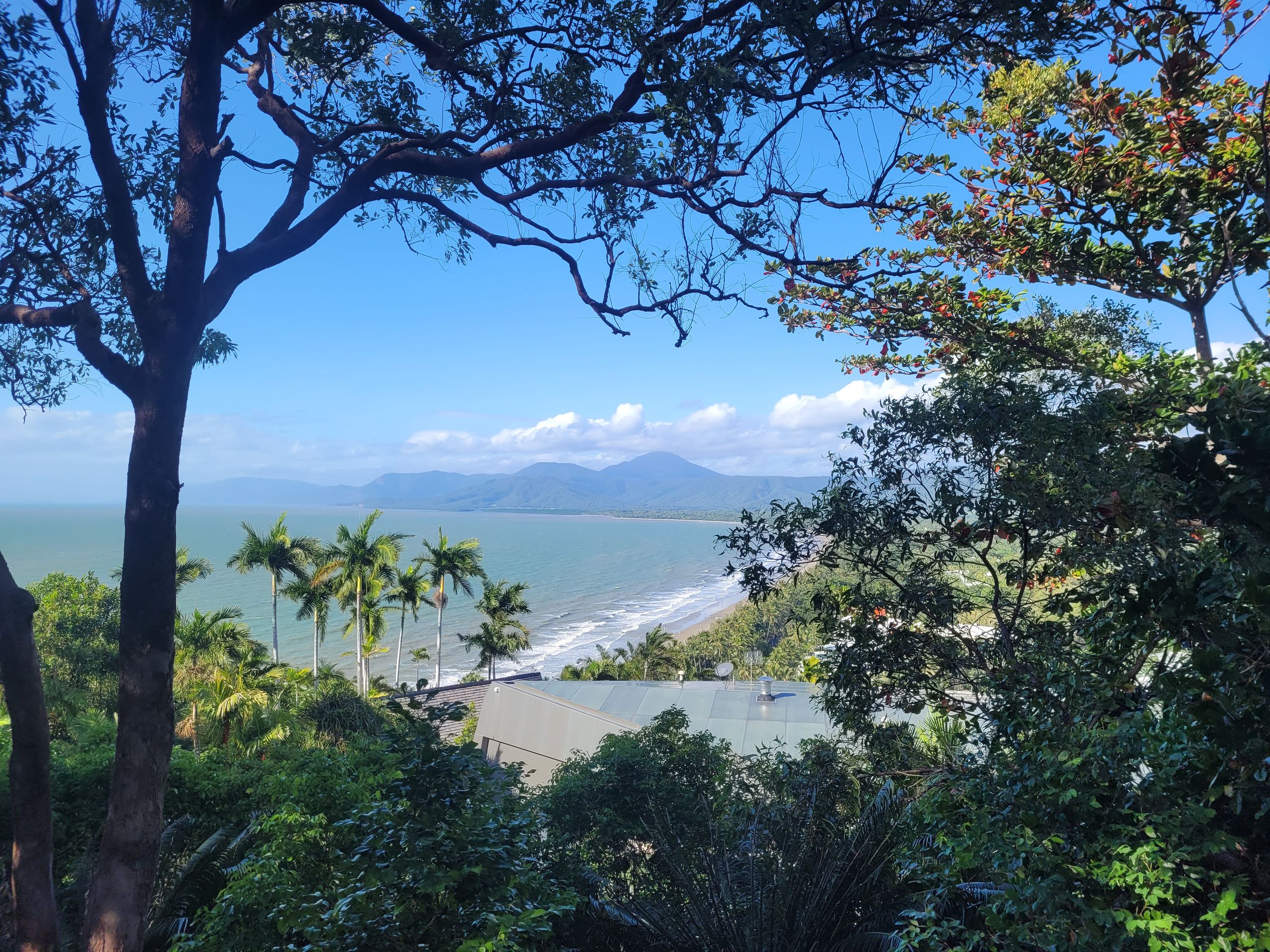 After the first day in the Southern Flinders Ranges with not so interesting point of interests, we decided to go straight for the most popular walk, the Alligator Gorge. But before heading to the Southern Flinders Ranges, Stuart was in desperate need of a hot coffee and a passionfruit-cheesecake (turned out to be not so yummy) as despite sun being back, it was pretty cold in the morning and did not get about ~14C during daytime. The few remaining clouds over the Flinders Range gave a nice lookout on the drive to the Alligator Gorge.

At the Alligator Gorge car park, we went first for the Gorge Lookout for some views on the walk ahead and then to the Ali Lookout for more views and an explanation of the name Alligator Gorge: a man named Ali build once this Lookout and white people named the gorge then Alligator Gorge, maybe also because of the lizards that supposed to live in and look like alligators. We can´t say much about the lizards as it was probably by far to cold for a single one to be seen on the walk.

After visiting the lookouts we walked down the stairs to the gorge and went first right to the The Terraces Lookout. On the way back, we went then through the gorge to The Narrows which was a small path between the walls. Given the rainfall the last days, there was water and one had to walk step by step some time from stone to stone without falling into the cold water. The walk goes then via the Blue gums car park back to the Alligator Gorge car park. On the walk there were some new wildflowers and also some wildlife, but no lizards(/alligators) visible.

After a day of walking in the still pretty cold weather, the weather forecast for the next day was sunshine, sunshine, sunshine - no clouds or rain. So Stuart wanted to use this exceptional sunny day since weeks for a lazy day at the beach. So driving out of Port Augusta south to Point Lowly Beach, where Stuart was able to spot some dolphins in the far distant. There was also a lighthouse and a industry area for Stuart to have a look at while relaxing at the beach. The water was still pretty cold, but nice to refresh the feet. The quiet and relaxing hours at the beach then suddenly stopped when a school bus parked at the car park and about forty children were entering the beach to have a picnic, play games, run around and mainly screaming.

The last day in Port Augusta the bad weather was back again: heavy rain, hail, thunderstorm with lightning... So Stuart decided it is best, if I start organising the trip from January onwards, so he as the co-driver then will know where to park the campervan for the night.